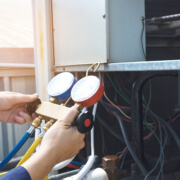 Advantages of Partnering With A Commercial HVAC Service
Scroll to top